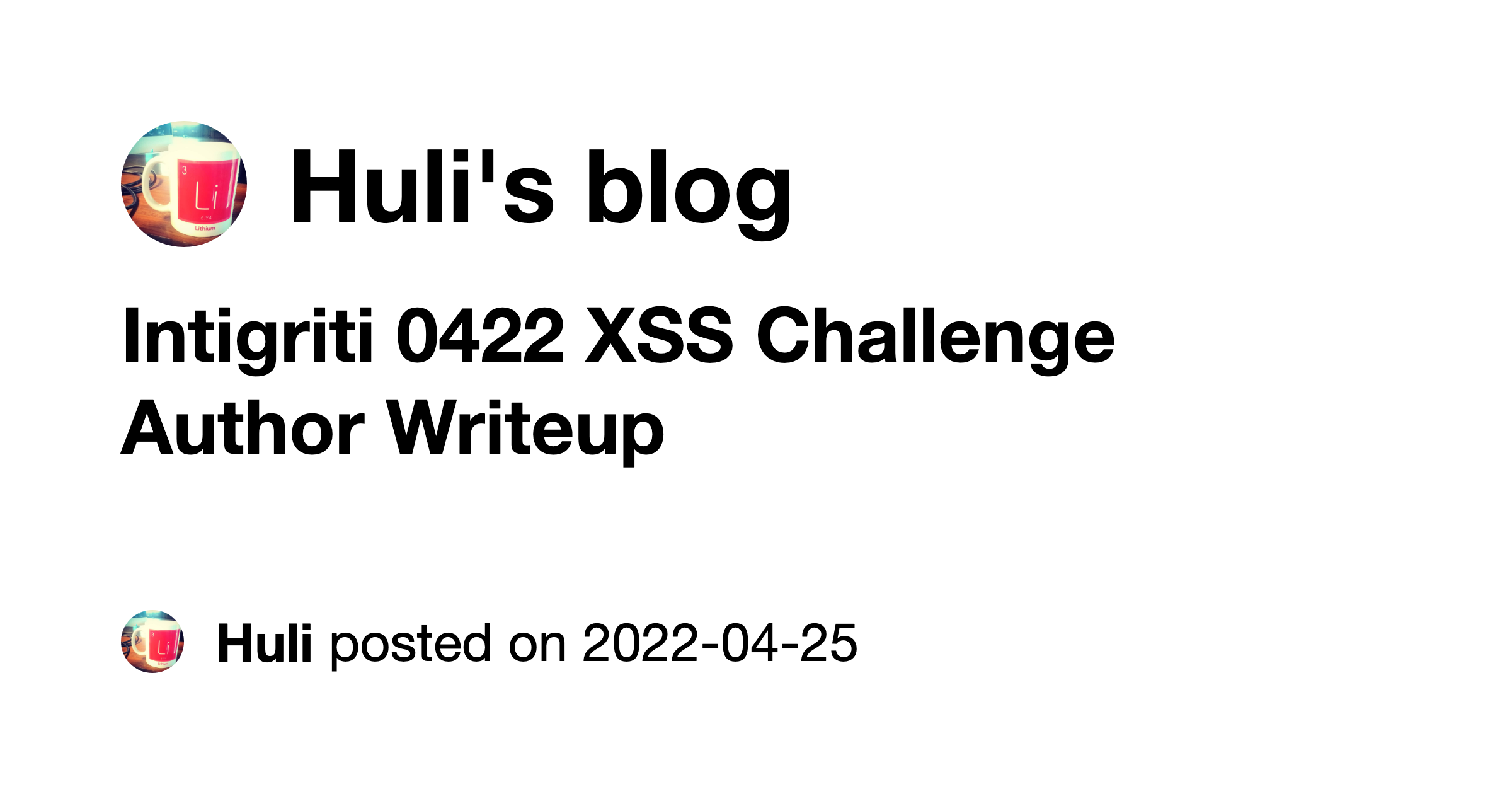 First, let’s take a look at the merge function:

In the merge function, __proto__ is blocked, but we can bypass it using constructor.prototype.

Then, below is the key of the first step:

Although we can’t pollute Object.prototype because appConfig is created from Object.create(null), we can pollute Array.prototype via appConfig['window-toolbar'] which is an array!

So, we can pollute Array.prototype by providing a config object like this:

But the question is, what property should be polluted?

There is another call to merge, and it’s the second part of the challenge:

We need to make checkHost() return true to perform another merge call.

In checkHost, it checks if hostname is localhost or port is 8080, let’s take a closer look at the check:

It seems invulnerable, but what if location.host has no port?

For example, assumed location.host is intigriti.io, then temp becomes ['intigriti.io'], and temp[1] is undefined because the length of the array is 1.

Here comes a cool way to bypass the check, what if Array.prototype[1] has been polluted?

By the way, I got this idea from another challenge called vm-calc made by @Strellic_ in DiceCTF 2022, kudos to the creator.

After bypass the check, we have another merge call:

devSettings["root"] is an HTML element, so we can use ?settings[root][innerHTML] to set it’s innerHTML and try to perform XSS.

But, it’s not gonna work for two reasons.

First, there is a sanitize function for filtering < and >.

Second, the element only inserted to DOM after m.mount(), the content will be override by mithril.js

For the first issue, we can resolve it by using a bug in sanitize function:

Because it’s not a string, so it won’t be sanitized, the function just return the original value. When you assign this array to innerHTML, it casts to string.

So, we can use ?settings[root][innerHTML][0]=<svg onload=alert(1)> to bypass the sanitizer.

We are close to the end but need to address the last issue. The content of the element will be override by m.mount so our payload in innerHTML won’t work, how should we resolve this?

The idea is simple, what if we can set innerHTML to document.body instead of <main>? Then our payload won’t be override by mithril.js

There is a property called ownerDocument, we can access document via this.

So, we can set innerHTML on body and perform XSS this way:

There is another magic to solve the issue without overriding document.body.innerHTML.

As pointed out here, <img src=x onerror=alert(1)> works even before inserted into the DOM. We can use this magic to set root.innerHTML and get XSS.

What if I told you that all the solutions above are unintended?

The challenge was easier than I thought because I made a few bugs, making the intended solution unnecessary and redundant. It’s like there should be five steps for solving the challenge, but you can solve it in step2 because of the bugs.

The challenge should be more complex and interesting.

So, here comes the revenge of Intigriti 0422 challenge!

I patched the bugs and hosted the fixed challenge on GitHub, here is the challenge URL: https://aszx87410.github.io/xss-challenge/revenge-of-intigriti-0422

You can found the diff below:

Please noted that the revenge of Intigriti 0422 challenge is a challenge hosted by my own, not Intigriti, so there is no swag voucher for the winners.

#Security
Revenge of Intigriti 0422 Challenge Author Writeup How much do you know about script type?