The Magical Features of RegExp and String Replacement in JavaScript 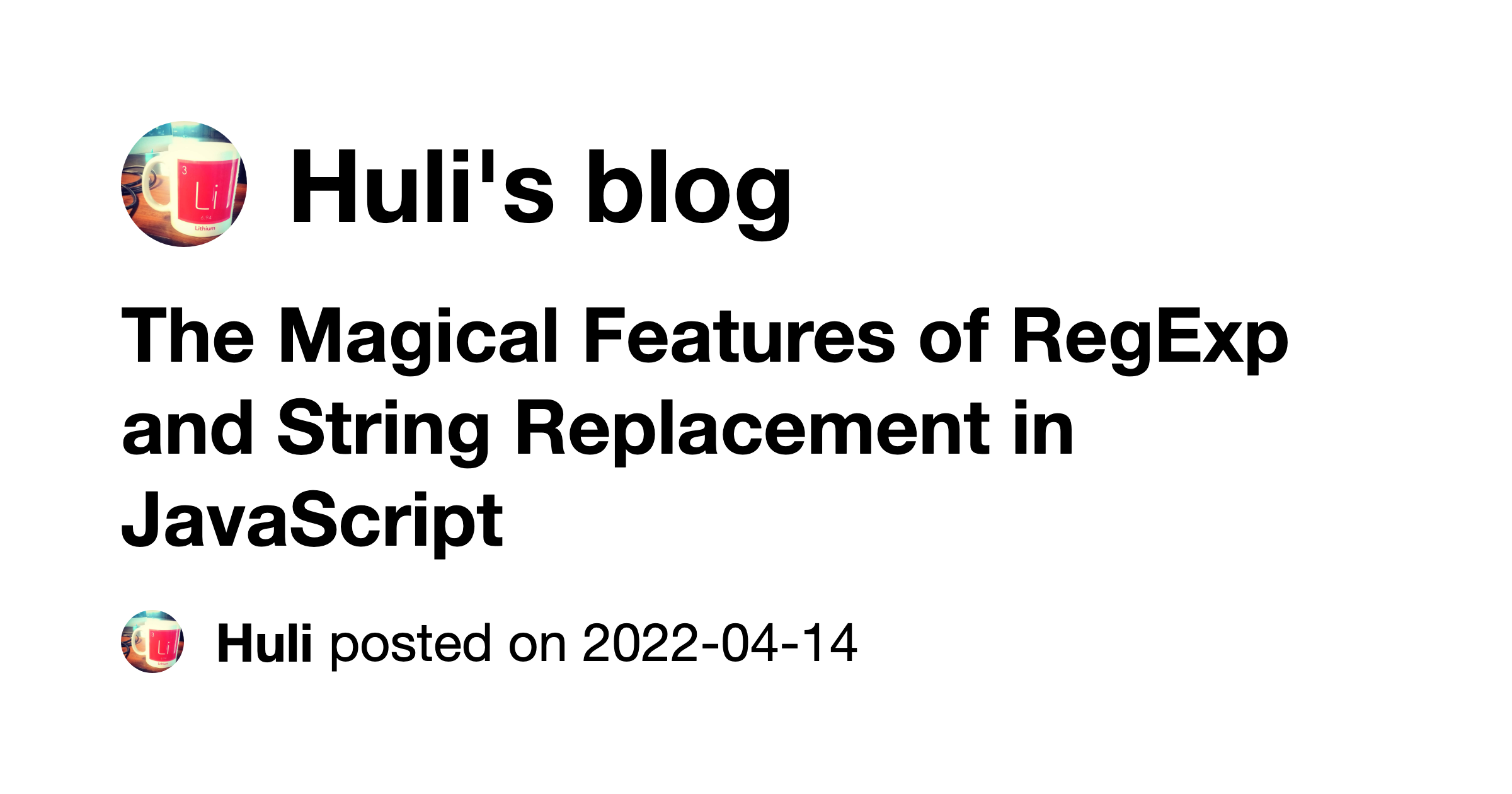 It’s a blog post about a few magical features that I have encountered recently. It is not interesting to say it directly. Let’s start with a few small challenges:

Guess what is the result of the code below?

First let you enter a password, and then let you run some JavaScript, can you get the password that has been removed?

Will something go wrong with the code below? What is it?

Guess what is the result of the code below?

Whoever looks at it will think both are true, right? But the answer is true and false.

Even if you write it like this, the second is still false:

It’s because of RegExp is stateful, as long as there is a global or sticky flag.

RegExp has an attribute called lastIndex, which will record the position of the last match. The next time test is used, it will start from lastIndex. If not found, lastIndex will automatically reset to zero.

So, according to the featue of lastIndex , this looks fine at first glance:

But that doesn’t mean there are no bugs.

The reason why the above code seems to be no problem is because lastIndex is 4 after first match, and the position where huli appears in str2 starts from 5, so it can be found as well.

If the last two lines are swaped, it will produce unexpected results.

Anyway, be careful with this feature when using global RegExp. As a security engineer, we can pay attention to these potential bugs and see if there is anything that can be exploited.

The Magical Property of RegExp

Continuing the small challenge at the beginning:

Fair enough, but that’s not true.

we can get it via a magical property on RegExp called RegExp.input, this property will record the input for the last match of regepx.test():

In addition to this, other parameters are also logged:

In the challenge 3, we gave the following code:

The double quotes have been filtered out, so there should be no way to escape the attribute, and > has also been removed, so there is no way to close the tag.

However, when doing string replacement, there is something called: special replacement patterns. For example, $` can get the “front” of the place where the string is replaced, $' can get the back.

So back to our challenge:

"> is right after｛{value}}, although both characters are filtered out, we can use $' to get these two characters.

So the answer to this question is $'<style onload=alert(1):

We can use $' which is "> to close the tag, then we can use other tags for XSS, and the final result is:

I first learned about this at PlaidCTF 2022 - YACA, but a similar trick seems to have occurred at DragonCTF 2021 - Webpwn.

#Front-end #Security
How much do you know about script type? Notes XSS Challenge Author Writeup